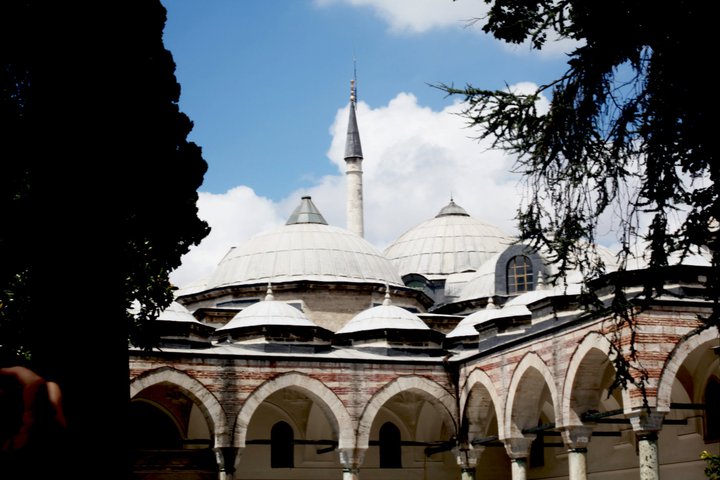 “The joy of life comes from our encounters with new experiences, and hence there is no greater joy than to have an endlessly changing horizon, for each day to have a new and different sun.” Christopher McCandless.

Travel is the ultimate source of happiness in my life, and has been since I was ten months old.  My first airplane ride was an international, 17 hour flight from Mumbai to Newark.  As I grew up, while most parents let their kids travel the world through Disney’s Epcot, I was exposed to it all firsthand.  From exploring the cultures of Cambodia and Thailand, at the mere age of five, I was impressionable and absorbed as much of the experience as possible.  Starting at such a young age till now, I have been exposed to other customs, and have been guided by my mother on safe travels.  Embarking on these journeys has put a level, enriched and aware head on my shoulders to help guide me through everyday life.  The joy in my personal life enhanced through world travel has changed my horizon to be a more culturally empowered young woman with an enriched appreciation and understanding of world culture and diversity.

Traveling always brings a sense of fear, but overcoming the moments of anxiety are what make lasting, positive impressions.  Self-protection, caution, and responsibility are necessary traits when exploring unfamiliar parts of the world.  At age 13, I was in charge of my 11-year-old cousin, as we raced ahead of our parents to climb Mt. Vesuvius.  That same year, while navigating through the Tokyo subway, I ran ahead of my mother and sister, Siddhi, eager to catch the stationed train.  Disregarding my mother’s shouts for me to slow down, I found the goal of catching the train far more appealing.  Finally, feeling accomplished I dove into the car just as the doors shut swiftly.  I let out a breath of relief, but shock quickly took over me. My mother and sister were staring frantically at the train, seeing me trapped on the other side.  Luckily I had jumped into the first car and the conductor soon saw my mom waving her hand trying to get his attention, and he immediately opened the doors.  I instantly ran into my mother’s arms and clung to her as a wave of immense relief flooded through me.  The severity of the situation hit me soon after.  A series of possible dangerous situations overwhelmed my mind, “What if she hadn’t been able to get to the train driver? Would anyone have helped me?”  I was in a foreign country,  I did not speak the local language, I had no cellphone, and I had no clue as to what I should have done if the driver had not stopped the train.  Later my mother explained how important it was, especially overseas, to make sure I stayed close to her at all times.  Furthermore, she told me how if this were to ever happen again, I needed to get off at the next stop and wait for her to come find me.  Although this experience proved to be frightening at this age, I gained clarity and insight.  I had let my excitement land me in a potentially dangerous situation, and from that point on I can say that I’ve become empowered and stronger in my sense of self-control and patience in frightening situations.

Every country has its unique customs and cultures and people who see the world in a different light than others.  Obviously there are certain elements of danger in every area of the world. I’ve seen many dangerous boroughs in cities; the red light district of Amsterdam, the favelas of Brazil, places that I would not have liked to stray through for too long.  Naturally, traveling as three women around the world, my family has often heard, “aren’t you afraid for your safety without a man traveling with you?” more times than we can count.  Despite this, our trio has been more than capable of exploring nooks and corners of cities from Cairo to Hong Kong.  One incident that we encountered on our travels stands out more than others in leaving an imprint on my personality.  In Istanbul, Turkey in the Summer of 2011, I began to understand how each country had differing opinions of a woman’s place in society.  In Turkey, I heard a comment so shamelessly stated that I had to turn around to make sure I had heard the man correctly.  As my mother walked hand in hand with Siddhi and I (who were 12 and 17,  respectively), through the streets of Istanbul back to our hotel, a boy in his 20’s approached, asking if my mother would sleep with him.  I was absolutely shocked at the boy’s smirk, a smug grin plastered to his face as his friends chuckled from the side of the road.  My mother did not let the comment faze her, as she continued pushing through the crowd, avoiding eye-contact and any facial expression that would reveal her disgust, pulling us along with her.  Later, a few blocks past the boys my mother first tried to explain to me that they were simply asking if we wanted a free hotel room.  Siddhi and I simply raised our eyebrows and my mother realized we knew exactly what he had meant.  I learned that day, that not everyone held the same beliefs about women.  I had heard of “ roadside romeos” before, but I never thought I would experience their shameless acts.  In some areas, woman unfortunately have to restrict what they say in order to not attract unwanted attention.  As horrible as what that man said was, it opened my eyes to a new side of the world, a world with disrespect.  I gained a dose of reality and also became more conscious of the wrongs in the world that I may have overlooked previously with my naive outlook.  This practical knowledge made me smarter, more attentive, more alert, and more aware.

I have explored so much of the world in my short 16 years, and plan to continue to do so.  The encounters in each country and dealing with other social settings have molded me into a more well-informed young woman who is mindful of her actions.  From observing the fear of Tibetan monks afraid of Chinese oppression in their own homes to kids joyfully melding work and play on the streets of Cambodia, the many shades of humanity never cease to amaze me.

“The very basic core of a woman’s living spirit is her passion for adventure.” Christopher McCandless.  My journeys have taught me this and will continue to weave distinguishing characteristics into my personality as an empowered young woman.

My little sanity corner aka my collection of over two hundred cookbooks that always speak a language that makes me smile. Be it reminding me of the place that I picked up the book or a chef I met that made me smile or a meal that I ate created by one of the writers, it is my happy space. In addition to these, I’ve also been building my collection on the kindle 😊 . . #cookbooks #cooking #stayhome #happy #food #foodie #covid19 #collecting
A few bunches of spring onions transformed into a delicious, melt in your mouth dish in fifteen minutes. All it takes is blooming a few spices in oil, a little seasoning and chick pea flour to bind it all together. Ps. Got some messages for the recipe. Follow link in bio. . . #food #vegetarian #vegan #stayhome #covıd19 #cooking #easy #fast #veggies #springonion #maharashtra #foodphotography #delish #fitness #healthyfood
Today, I needed a reminder from my childhood to make me smile and stay positive. My mom used to make these thicker, smaller dosas in a “kadhai” (pan) and serve them with a fiery chilly/lentil molagapudi or “gunpowder” and toasted sesame oil. I’d carefully remove the edges and set them aside, eat the thicker dosa middle and just smile eating the oil crisped edges at the end. And this would always make me smile. Are you tapping into any childhood fave foods that make you smile during these stay at home times? . . #foodie #foodphotography #dosa #indian #vegetarian #comfortfood #vegan #glutenfree #healthyfood #yum #delicious #lunch #brunch
It’s a twist on the traditional Indian street food bhel, I picked up from @priyasohoni . It can now be called a very healthy salad with finely shredded cabbage taking the place of puffed rice. It’s tossed with tamarind and cilantro chutney, finely chopped onions, tomatoes, and topped with sev (chickpea flour sticks), a few pomegranate seeds and finely chopped cilantro. A healthier option for the stay home days! . . #foodie #foodphotography #vegetarian #glutenfree #instafood #salad #bhel #spicy #indian #streetfood #delish #fitness #healthylifestyle #foodie #stayhome #bhel
Late night online learning translates to early am kitchen adventures. Decided to make this salsa brava from @gabrielacamara substituting jalapeños for harbañeros. So easy to simply slice an onion, a couple of jalapeños, and toss them with salt, equal parts lime juice and olive oil, and dried oregano. Since this stays good in the fridge for two weeks, it will serve as the perfect ready topping on veggie burgers, hot dogs and more during this stay home period. . . #foodie #mexican #salsa #vegetarian #vegan #glutenfree #spicy #yum #delicious #healthyfood #fitness #toppings #easyrecipes
Dressing up some leftovers with a few quick home made goodies. Remember the Trader Joe’s garlic and herb pizza dough I mentioned earlier today? I turned it into a yummy garlic naan. Rolled it out, cooked it on a griddle and then just a second or two over an open flame. Made some raita and set up dinner on a traditional thali. Oh the little things that make me happy! Not pictured - a good glass of wine. What’s for dinner at your place? . . #foodie #foodphotography #vegetarian #dinner #indian #naan #thali #delicious #easy #traderjoes #foodporn #chefmode. #instafood #spicy
%d bloggers like this: