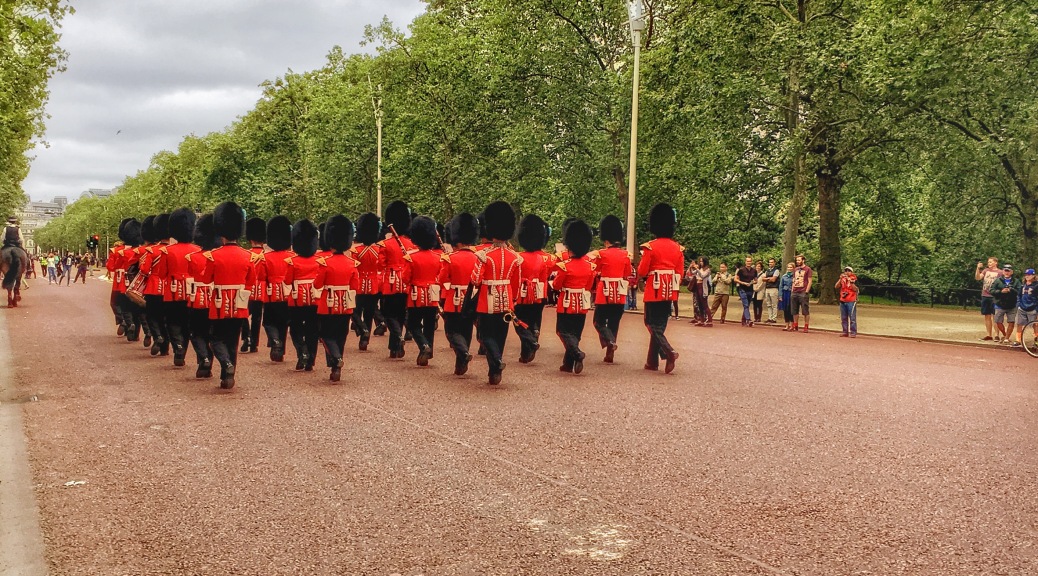 By Rohan:
A little girl plays with her mother’s hair.
She twirls it in one arm and lets it go like a wind-up toy.

Her hazel eyes gaze into the window of a Harrods, the store’s iconic bear staring back at her.
She’s enchanted by the plush toy, hypnotized.
Next to the family is an older man, probably Spanish or Portuguese.
His cardigan suggests he was once a professor but his face resembles that of an artist, a Picasso or a Neruda.
His arms are crossed, a worn messenger bag is tucked between his feet.
On his right arm is a bracelet.
A memento from a grandchild or a reminder of a distant friend. A friend that might be waiting on the other end of his boarding pass.
Next to him, an Indian woman.
Her intricate earrings match the pattern on her sari, her solemn eyes stare wistfully into the distance.
She’s looking for someone, thinking about someone. Her feet rest on her suitcase. Feet that show experience like rings on a tree.
I’m just a fish in the ocean.
The fly on the wall.
The traveler in the airport.
After six hours here, I’ve stopped seeing people.
I only see stories.
They may not be true, but they’re real.
They’re screaming.
They’re everywhere.
For this is Heathrow, the world’s truly international airport.

During multiple trips to London, we’ve walked by Koshari Street, this tiny, narrow restaurant in Covent Garden that serves up killer “make your own” Koshari.  Koshari (also known as Kushari or Koshary) is an Egyptian dish that originated in the 19th century.

Given we were never at Koshari Street around meal times, we always gave it a skip, promising to be back at a future date.  On this London eatathon, we headed to Koshari Street to get a taste of a dish that is rated incredibly high across TripAdvisor, TimeOut London, Yelp and more.

As we walked towards the restaurant, my two teenaged travel companions wanted to know more about this dish.  I tried to explain it to them rather unsuccessfully.

Think of it as a Chipotle bowl; it originated in Egypt and is eaten by the rich and poor.  You start with a base of rice, pasta and lentils, top it with a tomato sauce, and then layer on spices and toppings.  It left them both confused.  Rice, pasta and lentils in the same dish? That’s weird they chimed.  They did not have a choice.  I had made up my mind and they were going to not just walk in with me, but try the dish as well.

As soon as you open the door to Koshari Street, the smell of the spices draws you in.  The friendly staff patiently explain how the dish is layered and you are able to build it to suit your palate.  Out came the bowl, in went the rice, pasta and lentils.  Next a healthy dollop of tomato sauce was spooned over the carb combo.  On went the chick peas, dukkah (a spice blend), veggies and the fried onions.  Aah the amazing fried onions which added the perfect crunch to this flavor medley.  The best news?  This entire meal was under five pounds.

As I savored the first bite of crisp onions, I got a little bit of the dukkah and tomato sauce. It was a lovely melding of flavors.  Next I blended the sauce with the rice, pasta and tomatoes and dug in.  It was truly a flavor fusion nirvana worth every bit of the five hundred pence I had paid for this meal.

And what did the teenagers have to say?  While they did eat it all, they said the combination of flavors was a bit confusing to them and they would have loved it more minus the dill!

If your travels ever get you to London and you want to have a frugal meal or snack, do head down to Koshari Street.  It is a very easy, delicious way to get introduced to the world of Egyptian street food. 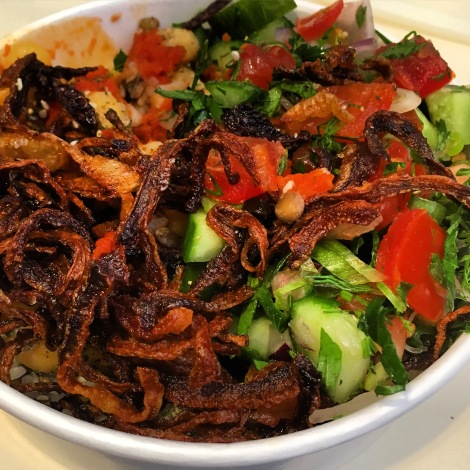 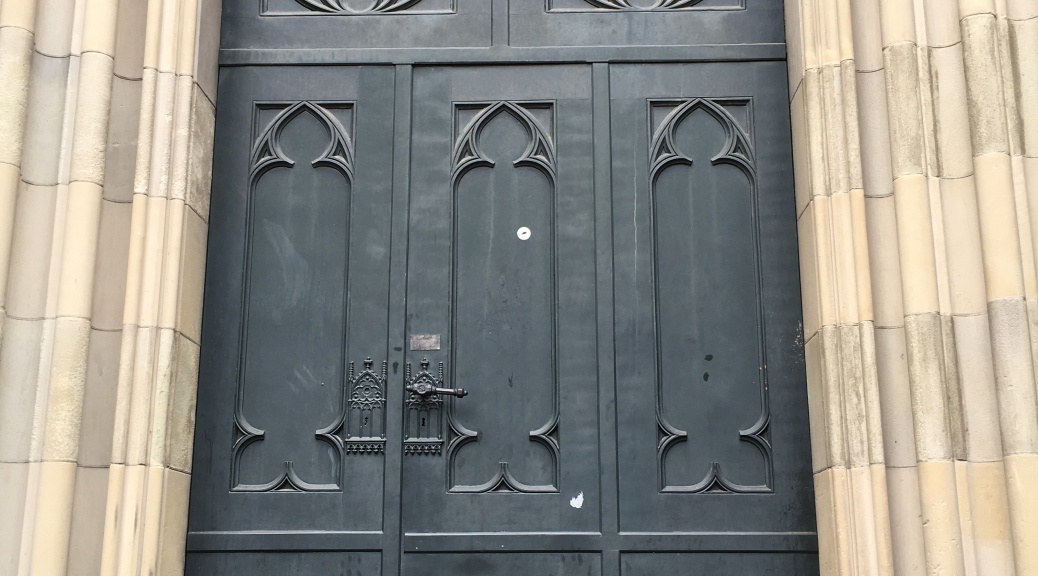 On a recent trip to Basel, I got a chance to take my time and walk around the city.  As always, I was drawn to the many doors I encountered along the way.  Doors create such a sense of intrigue and mystery.  They feed my fertile imagination, as I wonder what lies behind each of these exquisitely architected portals.  Needless to say, I don’t make a great walking companion to someone who simply wants to breeze through a city! 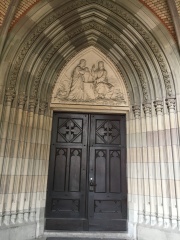 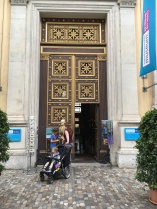