After traveling on eight flights starting in New York and throughout Southeast Asia to reach Siem Reap in Cambodia, aside from a few compulsory family pictures here and there, these are the only photos I took at Banteay Srei in the legendary city of Angkor. Yes, in this widely talked about jewel of classic Khmer art and Cambodian architecture I photographed none of the art or the architecture. And not because I couldn’t. I had my beloved camera, some great lenses, and an iPhone in hand.

Today I was disturbed.

A man, who constantly interchanged a set of high-class lenses with his two Nikons without a pause in his clicks, asked his wife: “So, what happened in this place?” to which she responded, “I think it’s important for Buddha” and then went to pose for a series of photos in front of a stone tower uninterested in any remotely valid answer to the question.  Shockingly, derivatives of this same ignorance manifested themselves throughout the day in Angkor’s most historically critical spots. People were venturing from the opposite site of the world to witness the extraordinary relics of humanity that few are lucky enough to see in their lifetimes, and traded the experience for a full flash card and a superficial (sometimes nonexistent), understanding of where they were. 90% of their time was spent behind a camera screen and not really what they came to see. I felt frustrated for hours. And then it sunk in that the irritation stemmed from the fact that I was one of these people.  Even if I had always researched a destination before arriving, I had never in my life really been present.

I’ve had the tremendous fortune of spending moments in the world’s most enthralling places, but the tremendous, self-imposed misfortune of misspending those moments.  I’ve taken thousands of images, few if any that can’t be Googled, of history’s most magical, humbling, and awe-inspiring gifts to mankind. But I have barely a handful of genuine of moments in my memory bank that evoke magic, humility, and awe within me. Really, all I have are recollections of being in important places. Recollections? What a mediocre and unacceptable celebration of the privilege I’d had to see this incredible world.

As a film student and lover of photography, I’ll be the first to say that taking pictures during travel is a beautiful thing. Good images immortalize fleeting moments, and have been, at least for me, a lasting source of joy over the years.  But as someone who respects the visual medium and the art of travel even more, I have come to realize that I have liberally offended both. I’ve diluted the meaning of moments, insulted the rare opportunity to constantly roam and learn from the world, by allowing a piece of technology and not my flesh and soul to be the carriers of experience.

The Pyramids of Cairo, The Great Wall of China, the Colosseum, the Parthenon, and even the Empire State Building I see daily but barely glance at – all of Earth’s magical sites have become visual trophies on my Facebook profile instead of memories that arouse the emotional and physical meaning of standing on the very geography that wove human history.

While I speak volumes about how travel has shaped me as a person, my words have been hollow, guided from behind a lens and not the enriching quality of presence. So today, I did something I haven’t done in my entire life of travel. My camera, the domineering eyes of my journeys, was tucked away in my backpack for the duration of the day and replaced by my naturally endowed lens.

Today, I decided to travel consciously, with all my senses.

Today, I ran my fingers against 12th century stone and felt, with my 21st century hands, the same exact piece of stone that once built an empire, my handprint perhaps matching one of an ancient soul. Today, with my Japanese running shoes purchased in America, a country that hadn’t even been discovered when this temple was built, I treaded the same grounds as the Thai invaders, my invisible footprints over theirs, painting the paths that once rewrote Khmer history.  Today, I just stood. I stood and let not a highly reviewed monument, not a heritage site, and not a Kodak photo spot define where I was and why I was there. Instead, I saw Angkor as living, breathing time capsule of ancient civilization that science, technology, and human spirit had enabled a 20 year old from modern day New York to enter, interact with, and be awed by. The feeling was just amazing, wholly consuming, so beautiful.

Today I felt humbled and empowered at the same time. Human flesh like mine once forged these magnificent testaments of dreams. Just like mine. If humans can construct such splendor, I’ve accomplished very little thus far in tapping into my own potential.  If humans can construct such splendor, there is nothing in this world I can’t do.  I can only imagine how enriched a person I could have been had I seen the world more genuinely earlier on.

We all travel for different reasons. Some of us really don’t know why we travel, but we like framing the pictures we bring home or making our friends jealous on Instagram. If that achieves personal fulfillment, it’s awesome.

(and once in a while a selfie is totally cool.  #YOLO) 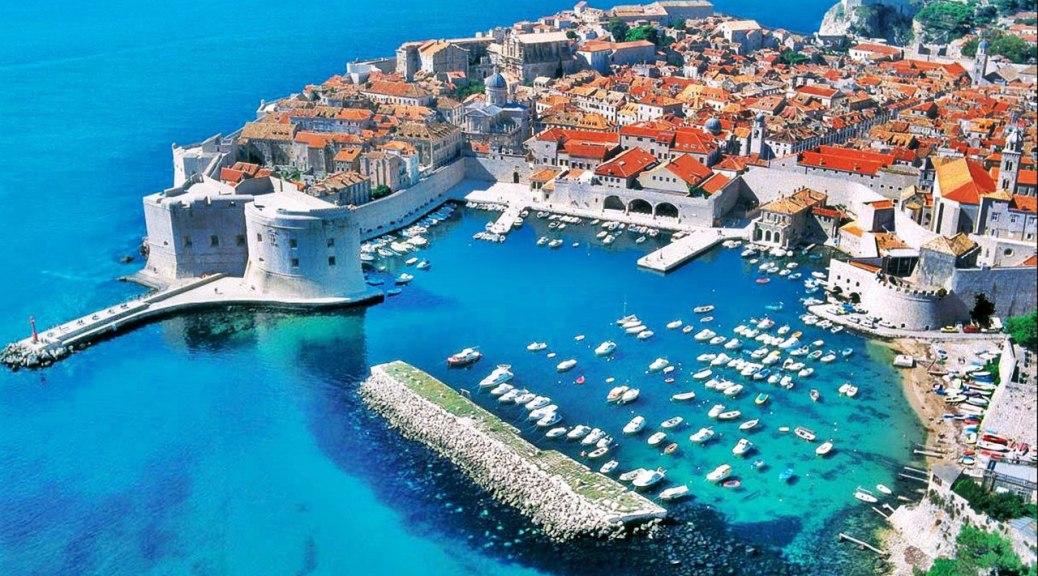 There are very few shows that take your breath away as many times as Game of Thrones does.  It pulls you in with its gripping pilot and doesn’t let go, even after the end of the third season, leaving fans like myself desperate for more of the epic fantasy series from HBO.  For those unaware, Game of Thrones takes place in the mythical land of Westeros, where seven noble kingdoms fight for political power and a spot on the Iron Throne.  Much like our planet, the world imagined by George R.R. Martin has a wide array of landscapes, a plethora of cultures, and unique architecture that will make any viewer’s jaw drop.  Although the show is geared towards fantasy fans, it definitely stimulates the urge to travel in all of us.

The Stark family calls Winterfell its home, and from the name of the city, it is no surprise that the crew shot these scenes in the wettest region of Europe.  To see landscape similar to Winterfell, there are a variety of tours in Belfast (Northern Ireland) that will provide you the opportunity to see some of these gorgeous vistas.

One of the most gorgeous sights in the Game of Thrones universe is the sprawling capital city of King’s Landing, which blends the royal traditions of Medieval Europe with the beauty of a seaside Mediterranean city.  While some movies prefer to create these fantastical lands in post production, the Thrones crew shot most of King’s Landing in Dubrovnik, Croatia (See picture leading this post).  As an avid fan, I found it hard to believe that much of the architecture King’s Landing is known for actually exists. Croatia had never been on my radar of places I plan on visiting in the near future, but thanks to the vistas in Game of Thrones, it is definitely an addition to my list.

One of the most powerful elements of Game of Thrones is how real it feels despite its magical and fantastical themes.  It’s a story about love, politics, war, adventure, and greed set in some of the most beautiful locales I’ve seen on television.  It inspires me in so many ways as a storyteller and as a traveler.  I highly recommend checking the show out or catching some of the tours throughout Europe that explore the filming locations.  Let us know what you think in the comments section below.

As an American tourist coming into Berlin with very little knowledge of the language, the fact that KaDeWe was easy to pronounce and had vegetarian food on the menu was an instant sell. It’s hard enough to find quality vegetarian places in Eastern Europe, especially in a city like Berlin.

Think of KaDeWe as your typical department store on steroids. For those who have visited Harrod’s in London, it is on the same, if not higher caliber as the famous retailer. But by far the best part of KaDeWe is it promises the latest trends, delicious food, and succulent desserts that won’t break the bank.

As I mentioned, KaDeWe is massive. Seven stories to be exact. The bottom floors boast popular luxury brands like Gucci, Prada, Coach, and Armani. As you climb this massive behemoth of a store, expect floors dedicated to home goods, kitchen and bath, electronics, and of course an entire floor of toys to keep the little ones delighted.

As you reach the top of KaDeWe, you encounter an authentic Eastern European supermarket that provides access to the best of flavors from around the world. Feast your eyes (and your taste buds) on cheeses imported from Italy, or stop by the Illy Espresso and Hot Chocolate bar for a quick pick-me-up. Your options are endless.

Exit the glass elevator on KaDeWe’s top floor and you’re delighted to a beautiful food court, adorned with chic furniture, beautiful scented candles, and a picturesque glass ceiling giving you the perfect view of the nighttime sky and all of Berlin’s monuments. Try freshly made stir-fry noodles, treat yourself to a brick oven pizza, and of course, save some room for dessert. KaDeWe boasts an incredible collection of cheesecakes, puddings, pastries, ice cream, and gelato. There is no way you are leaving without satisfying that sweet tooth.

If you’re in Berlin and need a bite to eat or would like to hit up a major retailer, KaDeWe is the place to be. For more information, please visit their website at http://www.kadewe.de/en/

Happy Friday! A throwback to another Friday spent in the smallest city in Wales - St. David’s.
This dish is known by a few names - Appe , Kuzhi paniyaram, and more. Fermented rice and lentil batter (idly or dosa batter) is spooned into a traditional brass vessel called a kaarai (this one is my grandma’s) and cooked with sesame oil till crunchy brown on the exterior. I filled some of them with freshly grated veggies and left some plain. So so good by itself or with sambar.
I’m always a sucker for good tacos and if a food truck is as inviting as this one, how can I resist? Check out the creative names too - Better Call Seoul, Let’s Avo-Cwtch (Cwtch is a loving cuddle in Welsh) 😄. Have a fave taco truck in your town?
This place checked off all the boxes to getting a rocking start to the day- delicious food, great service, and surprising design elements that made us smile. At The Cosy Club in Cardiff 😊
This Indian thali was a balm for the soul after an incredibly long day of hiking. Tasting so homemade, devoid of all the excessive oil featured in some restaurant meals, each dish tasting distinctive as it should, and totally worth the wait in line to get in! What are your fave places to indulge in a thali? And what leaves you disappointed?
A hike that we have been fortunate to do multiple times, a path that never fails to take my breath away (and blow my hair to new places), a place that remains devoid of tourists most of the time, and a spot that I long to keep returning to. St. David’s Head, Pembrokeshire, a spot so worth visiting.
Loading Comments...
%d bloggers like this: