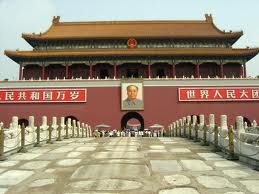 When anyone mentions the name “Forbidden City”, it conjures up images of a world gone by.  A place which existed in the annals of history, a palace true to its name that restricted access to the common man and served as the residential quarters for Chinese royalty from the Ming Dynasty to the end of the Qing Dynasty. A million plus workers constructed the 1,000 plus rooms which were occupied by the royal household, their staff and of course the infamous concubines and eunuchs. A place so significant, it is now a UNESCO World Heritage Site.

Several years ago, Anchee Min did a superb job with her historical fiction novel “Empress Orchid” in bringing to life the inner workings of the Forbidden City. Reading the novel transported me to a form of life so exotic and foreign that I felt like I had traveled in a time capsule back in time.

On my first trip to the Forbidden City, I did what I would term as an “express visit”. Pressed for time, my visit was part of a guided tour which included stops at Beijing’s key landmarks. Despite the brevity of the trip, I was seized my an enormous sense of awe as I walked past the moat and the city walls and finally saw what I had only built in my mind. It was like Anchee Min’s novel coming to life.

As I listened to the guide, scenes from the novel formed an elaborate display in my mind. The Emperor at the center of the universe, his wives and concubines collaborating and scheming, his eunuchs guarding what he held closely, the decision-making hierarchy, the powerful role of the Empress Dowager, all flashing by. The names of the various buildings, so appropriate and yet so old worldly (The Hall of Supreme Harmony, The Hall of Preserving Harmony, The Hall of Central Peace and so on). Interestingly, for the number of buildings named after “peace” the place was incredibly political at its heart.

It was a great introductory visit, but left me feeling cheated. There was so much to see and hear. There was so much to sit back and absorb and more importantly it was so important to reflect back on the learnings from this period in history. I felt like the “textbook tourist” who came, saw, took pictures and left without enriching her soul.

Thankfully several years later, I got an opportunity to fix this. This time, we decided to just focus on the Forbidden City for a day. We got to the location independently by cab and took our time to walk around the moat and entered the gates slowly.  At the entrance, we hired a guide who could be with us for several hours, pacing the journey to our interests. And it worked beautifully. The guide shared stories, we chirped in with our questions, our younger daughter eagerly wanting to know what “eunuchs” and “concubines” were and each of us trying our best to answer it in an appropriate manner. We lingered around buildings, admired the architecture and the interesting doors (I have an obsession with doors), examined ostentatious displays from a time gone by, took in the elaborate gardens and most importantly did justice (thanks to a very well-informed guide) to a site that was at the heart of dictating Chinese history.  It was not till we exited the palace and stumbled upon the Starbucks that we realized that our journey to the past had ended with a walk into modern consumerism.

If you’d like to learn more about the Forbidden City, the following link provides all the essentials.

We would recommend getting their on your own (any cab driver handed a Chinese address can get you there).  Guides are available inexpensively at the entrance and doing your own tour is so worth it.

If you’d like to learn more about Anchee Min’s book, please visit: