Have you ever read an obituary or been to a memorial service and been moved by the tributes paid to friends, family, and loved ones? These are some of the most beautiful, thoughtfully articulated messages of gratitude about a person’s impact on the lives of their loved ones. Yet, the person whose rich life is being celebrated often doesn’t get to hear, enjoy, and cherish their impact. These ruminations along with ongoing conversations with my dear friend Suzanne (who is battling Stage 4 cancer) propelled me to write notes of gratitude to ten women who enabled my life as an immigrant. Why Wait for Eulogies chronicles my experience in this journey and my witnessing first-hand how the expression of gratitude spills joy many times over. In doing so, I’m urging people to celebrate love and friendship; to take the time to express gratitude to the people that matter in big ways and small, before it is too late.  Why Wait for Eulogies is ultimately a joyful celebration of friendship, love, gratitude, and powerful themes that unite each of us. 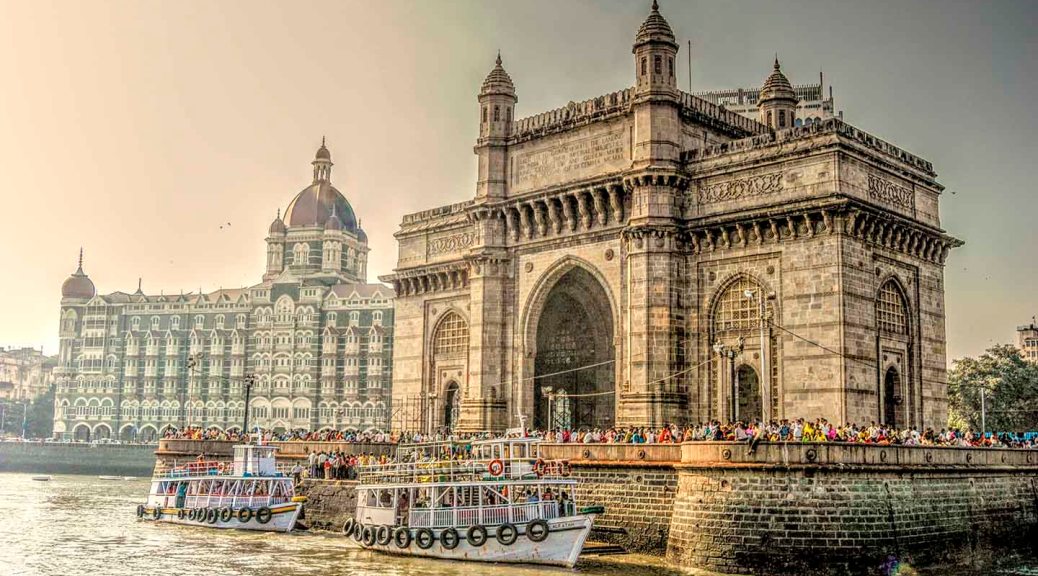 When you step off the plane at Mumbai’s sleek international airport, a few things immediately happen:

One, you’re instantly overwhelmed by the city’s scale. Before stepping out of the terminal, you get a sense for just how massive the experience that awaits you is. After all, this is a megacity of 25 million people crammed into a space that’s half the size of London. If you’re used to the New York minute, the Mumbai minute will take you by storm.

Two, the coexistence of massive wealth and massive poverty. The flashy logos of Gucci and Louis Vuitton live alongside children begging for scraps of food. Walking through Bandra, you can book an ultra-luxurious hotel room at the world-class Taj Land’s End Hotel only to see families living in tin shacks not half a block away.

Three, Mumbai stimulates the five senses and doesn’t let go. The smells of freshly fried street food, the purring of rickshaws weaving through otherworldly traffic jams, and the vibrant colors seem to echo into all parts of this global city.

For me, I was hit by one more thing– the notion that I was arriving in a city where I was neither a tourist or a local. As I observed my surroundings, I thought back to comedian Aziz Ansari’s piece in The New York Times where he describes a trip to his ancestral home city of Trivandrum. He recalls being stuck in the middle of two cultures. The India he identifies with is a country he’s never lived in, only one he hears about through stories, relatives, and artifacts.

I, like Ansari, grew up with an Indian name, with Indian parents, in a household where Indian languages were regularly spoken and Indian food was regularly consumed. But there I was in a coffee shop in central Mumbai, in India’s most cosmopolitan city, and I felt lost. I wasn’t an outside observer with no knowledge of the country and its customs but I was in no way a Mumbaikar.

“Sure, I appear Indian, but my clothes and sneakers were clearly American. Even in India, I was kind of an outsider.”

I was stuck in the middle.

A whirlwind of thoughts flooded my brain. Just because I have Indian heritage, does that allow me to critique the country’s practices? Since I stuck out as an American simply by the way I walk, does that mean I don’t belong here? That I’ll never truly fit in? That even if I dive deep into my roots, staying in flats and eating the cuisine I grew up on, I would still be viewed as a foreigner?

I wrestled with these questions on my flight home and I continue to do so to this day. It’s bizarre to see New York on one side of your boarding card, Mumbai on the other, and knowing that home lies somewhere in the middle.

Step into Wolff’s Biergarten on Montgomery Street and all of a sudden, you are transported from a chilly Syracuse evening to a festive indoor biergarten. The space is complete with the signature wooden tables, flags from Germany’s provinces, and passionate soccer fans leaving their worries at the door in exchange for a pint of Hofbrau München and a good time with friends.

When I walked into Wolff’s this weekend, I felt like I was back at Munich, knocking back a beer under a starry night in the English Gardens. For a city its size, Syracuse is home to an abundance of international restaurants and bars. Last night, I was determined to see it all; to taste the world without leaving downtown.

From Wolff’s, we headed over to Benjamin’s across from the famed Italian eatery Pastabilities. We traded our jolly German digs for a speakeasy themed to the heroes of the American Revolution. The walls are adorned with portraits of Franklin, Jefferson, and Hamilton. A giant replica of the Constitution welcomes patrons as they relax on the outdoor courtyard and marvel at the night sky.

Just down the street is Kitty Hoynes, a pub that serves as a testament to the strong Irish population in the Syracuse area. Stepping in through that threshold, I was whisked away to festive evenings in Dublin’s Temple Bar district. A duo performed classic Irish tunes onstage as locals gathered around, cradling glasses of dark, frothy Guinness as they celebrated life with complete strangers.

My friend and I smiled as we watched a gorgeous spring day turn into a chilly winter night. We marveled at the great Irish artists that plastered the walls, from Yeats to Joyce to Bono. The cold mugginess was suddenly normalized. We were in Dublin, a city that fights grey skies with good times. Last night, Syracuse proved to do just the same.

Let’s play board games, shall we? Inspired by the numerous food boards being created, I decided to make one with the ingredients at hand. Starting with a base of greek yogurt, layering on roasted sweet potatoes, adding on avocados, coriander/date chutneys and finishing with cilantro leaves, tomatoes, green chilies, lemon juice, chaat masala, and sev. It was a sure hit way to brighten up a dreary day.
Ending 2022 with another great meal - this time at Bavel in Los Angeles! Missing from the pic, my beautiful date, @siddhithesundar 💕
Valparaiso - A hidden gem of a city in Chile. I’ve been reading about the beauty of this city for some time now and it was a super fun place to be in. Everywhere you looked, there was some thing beautiful to take in.
Besides seeing sights that cannot be described well enough with any superlatives in the English language, it’s the people I met who made this trip extra special.
Seven Done - No words to express my gratitude 🙏
Why do I always have vacation pictures with hair gone wild?!?!
Loading Comments...