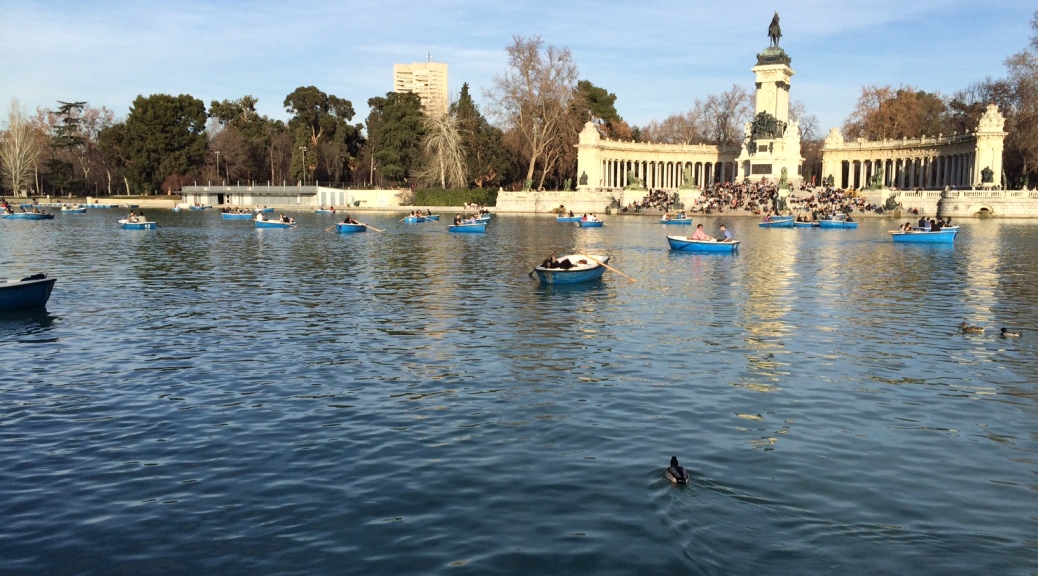 From Gaudi-filled Barcelona to festive Ibiza, Spain appears to be the king of European coastlines. I remember falling in love with Barceloneta beach, its sunny shores the perfect complement to a fruity Tinto de Verano. It is hard not to fall in love with the Spanish people. I know I did, and that’s why I decided to spend my semester abroad in Madrid. Spain’s capital is completely landlocked, and most of its other cities are on its perimeter, making it not as frequented by tourists as some of Catalonian cousins. That being said, it took less than 24 hours to fall in love with it. Madrid is livable, lovable, and filled to the brim with life and excitement.

There are few cities in the world that make the kind of first impression that Madrid does. Whether you arrive into the stunning international terminal at Barajas Airport or the garden-filled paradise that is Atocha Station, Madrid delights the visitor from the start. The city has one of the best collections of art anywhere. The Thyssen, Reina Sofia, and Prado museums form a triangle of culture that is only rivaled by Paris, New York, and London. Many of the city’s main squares are within easy walking distance of one another, and feature amazing tapas, refreshing sangria, and picturesque architecture. As a college student living in the city, I could not be happier with how many free attractions Madrid has to offer. The Templo de Debod, an Egyptian temple donated to the Spanish government, is situated in a park on the west side of the city, and from here, watching the sunset is the perfect way to end the day. Just across Madrid’s old square (the Plaza Mayor) is the Mercado de San Miguel, a 19th century market with plenty of cheap eats. And of course, Retiro Park is a people-watcher’s paradise. On a lazy Sunday afternoon, an ice cream and a grassy spot in the shade can be a perfect way to spend a few hours.

That being said, Madrid is one of the most livable cities in Europe. The government has clearly put a lot of effort in maintaining its historical charm, meaning that the city is clean, safe, and accommodating to tourists. Madrid also has one of the best public transportation systems anywhere, and I was pleasantly surprised at how efficient the Metro is when it comes to getting around town. Madrid combines the best of its European neighbors. It is a melting pot of Rome’s regal streets, London’s hip nightlife, and Paris’ trendy fashion scene. It combines old world charm with modern and efficient transportation. It is the perfect place to spend a few months. I’ve barely scratched the surface but Madrid, you’ve got me hooked.

Let’s play board games, shall we? Inspired by the numerous food boards being created, I decided to make one with the ingredients at hand. Starting with a base of greek yogurt, layering on roasted sweet potatoes, adding on avocados, coriander/date chutneys and finishing with cilantro leaves, tomatoes, green chilies, lemon juice, chaat masala, and sev. It was a sure hit way to brighten up a dreary day.
Ending 2022 with another great meal - this time at Bavel in Los Angeles! Missing from the pic, my beautiful date, @siddhithesundar 💕
Valparaiso - A hidden gem of a city in Chile. I’ve been reading about the beauty of this city for some time now and it was a super fun place to be in. Everywhere you looked, there was some thing beautiful to take in.
Besides seeing sights that cannot be described well enough with any superlatives in the English language, it’s the people I met who made this trip extra special.
Seven Done - No words to express my gratitude 🙏
Why do I always have vacation pictures with hair gone wild?!?!
%d bloggers like this: