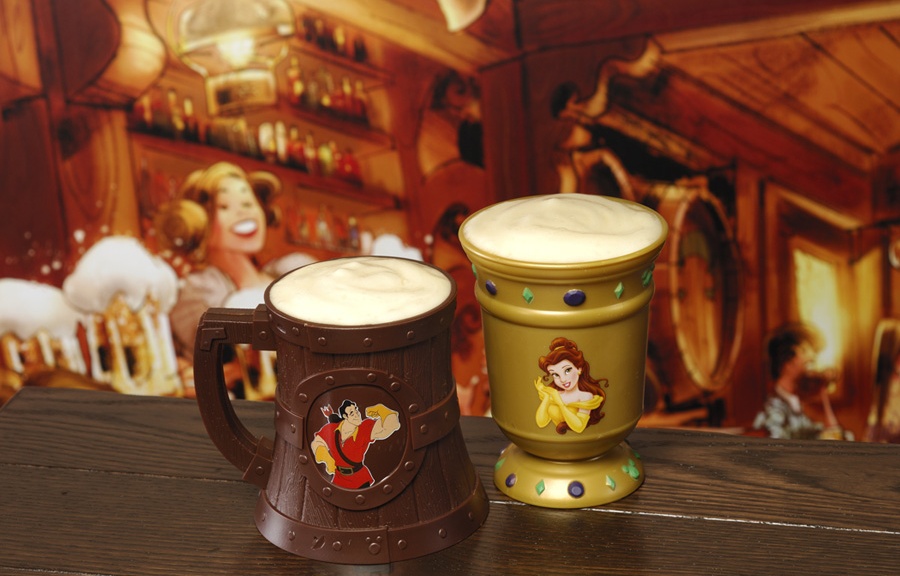 I just got back from the Walt Disney World Resort in Orlando with my high school as part of our Senior Class Trip. While checking out our favorite rides and taking in some magical shows, the little things of Disney World can sometimes be the most memorable parts of the vacation. While any ordinary guidebook would recommend you meet Mickey Mouse, enjoy a wild safari at Animal Kingdom, or scream your lungs out on Tower of Terror, we recommend you also check out stores, restaurants, and attractions that are glossed over in the parks.
1. The Peoplemover (Magic Kingdom – Tomorrowland)
The Peoplemover looks like a smaller version of the Walt Disney World monorail. From a first glance, it appears to just circle around Tomorrowland. But like all Disney attractions, this humble little ride has a story to tell. It discusses Walt Disney’s visions of the park’s future after the opening of the Magic Kingdom in 1971. Although Disney did not live to see his “Florida Project” open to the public, many artifacts are presented on the Tomorrowland Peoplemover that show how accurately the end result matched his original vision. One of the highlights of the ride is seeing Walt Disney’s model for a utopian city, an experimental prototype community of tomorrow, that later evolved into the Epcot Theme Park.
2. Mitsukoshi (Epcot – Japan Pavilion)
If you’re a fan of Japanese culture, whether it be manga, anime, video games, or comic books, or if you’re just taking a peaceful stroll through Epcot’s World Showcase, Mitsukoshi should not be missed. This Japanese store sells everything from authentic clocks and home goods to the latest in electronic entertainment. The kids will have a blast checking out their enormous Nintendo section, which contains merchandise ranging from Super Mario to Pokemon. Looking for a romantic gift for that special someone? For fifty dollars, you can search for pearls in oysters and create a beautiful necklace.
3. Club Cool (Epcot – Future World)
Club Cool is an attraction/dining experience that is sponsored by Coca Cola. It allows guests to sample soft drinks from around the world for no charge. Club Cool is generally overlooked so you rarely see lines going out the door, an unusual sight in a place as crowded as Disney World. Try Watermelon soda from China, Orange flavored Coca Cola from Germany, or if your mouth can handle it, the bitter Strawberry Fanta from Costa Rica. Other than the Coke Factory in Atlanta, these drinks are nearly impossible to find in the United States. We recommend checking this attraction out and introducing your taste buds to a new pallet of flavor.
4. Gaston’s Tavern (Magic Kingdom – New Fantasyland)
With the opening of the first part of the New Fantasyland came the immensely popular Be Our Guest restaurant, a majestic eatery that has a wait list that spans months. Next to Be Our Guest however is a charming tavern themed to Gaston’s pub in Beauty and the Beast. The featured drink is a frozen apple cider with a hint of toasted marshmallow that is topped with a mango-passionfruit cream. Just the description made our mouths water. Although the drink is pricey at five dollars for a small glass, its incredibly thick, and the five of us couldn’t finish one serving. We highly recommend checking it out. If you’re looking for a unique souvenir, put down a little extra money for a mug that resembles Gaston’s mugs in the film.

Yes, food induced coma is a real thing!! It’s been a roller coaster ride taking care of a family member in the hospital for some time now. So the joy and smiles come from big hugs and even bigger platters of food! Chaat Thali from Kesar. Soooo good.
When you have had no time to cook and yet feel like you are indulging in a luxuriant meal. That’s what this is - burrata with pesto, sun dried tomatoes and a drizzle of the best olive oil. With good bread, the perfect summer night meal!
It’s been some crazy times, but taking time out to indulge in a thali from Gujarat.
My first experience attending a book launch and I could not be more grateful for the powerhouse of women who all descended on one stage in NYC for a few hours. You’ve got to read this book and guaranteed you will see yourself in some of the stories. I could not be more grateful to my friend @katybrownmarketing for inviting me and giving me a chance to hear @kathynajimy , @gloriasteinem , and so many more in person. These women left me speechless. And last but not the least, I got to meet @rabiasquared2 in person - a woman who I have admired for her grit and determination for her work on Adnan Syed’s release. She too is featured in the book and spending an evening with her was just on another level.
Dinner at @lebernardinny - Can I check another experience off my bucket list? Added bonus? Seeing Chef @ericripert - What a treat!!!
This was a true fangirl moment with @thehughjackman post watching @musicmanbway 💕💕
Loading Comments...
%d bloggers like this: