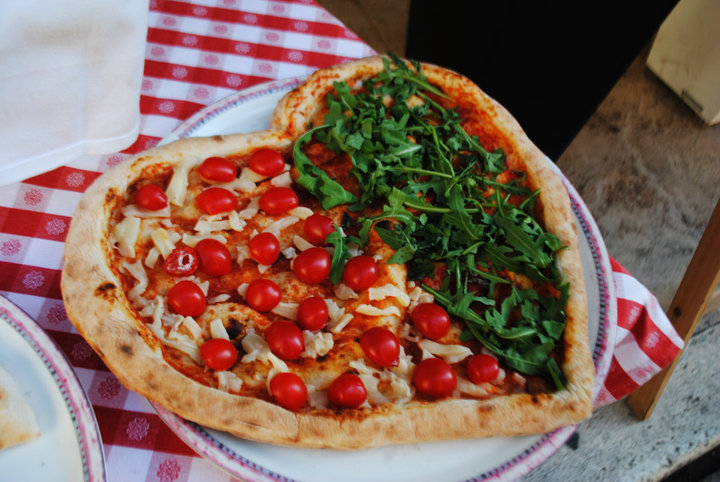 Those who know me best understand that food is a core part of my existence. I am always thinking about my next meal. I read food/cooking/travel magazines cover to cover, virtually transporting myself from my couch to whichever part of the world is being covered. I have a collection of over 200 cookbooks from around the world! These cookbooks are not just objects of adornment, but ones that have bent pages and food stains from regularly trying out new dishes. One of my greatest joys in life is eating a new dish somewhere in the world and trying to recreate it through memory and taste in my own kitchen.

While I could dedicate post after post to each dish sampled, I want to list here six dishes I would have never known about without our travels. Foods that I have now formed a life long bond with.

We would love to hear about your favorite foods! Being vegetarians, we are particularly curious about the ones we can sample as well:)

2 thoughts on “Food – The Most Awesome Part of Global Travel”

There are so many negative aspects of social media that get highlighted, but one of the most beautiful ones is making friends and meeting them in unlikely places. Like my meet up with @travelwithg . An accomplished lawyer from Colorado who is on a break traveling the country, we met up in New York City and chatted for two hours comparing our life stories as immigrants, as children of strong fathers, as mothers of independent daughters…..Have you met up with a friend who you connected with via social media? Would love to hear!
If you are in the New York City area, do try and snag tickets to this brilliant exhibit of @banksy ‘s work. It’s one of the most thought provoking art exhibits I’ve been to in recent times.
Reflecting on new beginnings 😊
A life well lived. Thirteen days of mourning done and celebrating his legacy continues. My appa’s global footprint - the places he worked in and traveled to many many times over. I’m totally his daughter. 💕
You are gone, but six days later, the house is overflowing with the flowers you loved so much and stories of your fearlessness and adventures. Miss you so much my dearest Appa.
A plate full of comfort foods sometimes is the best form of stress relief. Here, the flavors of Gujarat, India served up as a Kathiawadi platter.
Loading Comments...
%d bloggers like this: