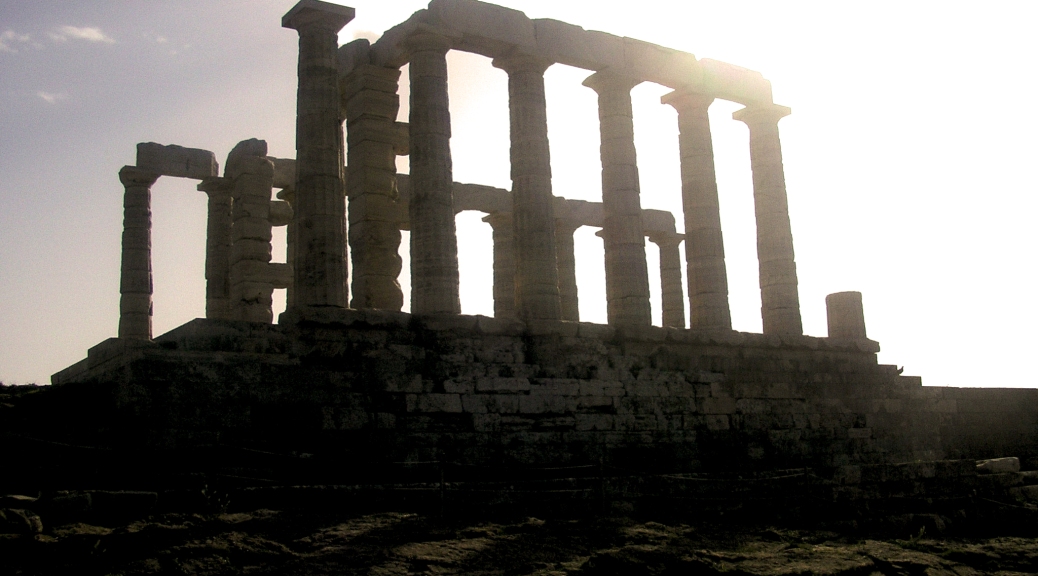 When people ask me what the greatest moment of my life was so far, I always respond saying: “The whole spiel’s been pretty great. If I had to narrow it down to a single memory, then I would have had a fairly boring life.” And yet, the concept of a “greatest moment” is an often recurring thought in my mind. What in life has made me feel like I was watching that paper bag floating in the air in American Beauty? Made me feel exactly like Rick Fitts when he says that “sometimes there’s so much beauty in the world I feel like I can’t take it, like my heart’s going to cave in…” ?

I have been lucky enough to see so much of this incredible world. I will be eternally grateful for every experience I’ve had traveling, and each has shaped me in its own, indelible way. But there have been a few moments that have taken my breath away and made me feel like I was a part of something far larger and more meaningful than myself. And one of the first times I ever felt that, a time that has been scarcely paralleled since, was when I was standing on Cape Sounion in Greece. I was in front of the majestic Temple of Poseidon as the blood red sun set over the Aegean Sea and into the stormy blue waters below.

I was a freshman in high school on spring break in Athens. We had already seen the key historical sites in the city: The Parthenon, Acropolis, Temple of Hephaestus, the Olympic Stadium, and several other memorable areas. Both my parents and grandfather had already visited the city before, and so this was really a trip tailored towards bringing to life what my sister and I had read and learned about in our history textbooks for years. Greek mythology had intrigued us every since we were introduced to the most fundamental stories of the Gods and Goddesses who reigned over Mount Olympus. I read ancient classics voraciously. Anthologies of myths, The Odyssey, modern day adaptations of older texts…the list went on. This period of my life was imperative in ingraining in me a deep passion for storytelling.

On one of our days in Athens, equipped with full stomachs of some of the freshest Baklavas I have ever eaten, we boarded a bus that would take us to Mount Sounion, home of the Temple of Poseidon. My mom had told me that it was one of the most stunning sights she had ever experienced. But after seeing the iconic Parthenon and several other significant monuments, I felt a bit jaded (something that I would never say now as a more mature traveler and interested learner). I didn’t think that a two-hour journey on a bus- my least favorite form of transportation- was worth it to see yet another temple when we had already seen more than I could count.

But I acquiesced, and was soon being transported away from the heart of Athens and into a part of Greece that I hadn’t seen before. We rode along the coast in some traffic. The water glistened under the late afternoon sun, the subtle motion of the waves transforming into glittering crystals. It was like watching choreographed stars dancing in the water. My doubts about this trip were already diminishing, and with my camera to my eye, I reveled in the beauty.

About two hours later, we had reached Mount Sounion, located at the southern tip of the Attica Peninsula. It was slightly windy as we got out of the bus to begin making our ascent to the temple. I could see it from below. It didn’t seem like anything more impressive than what I had already seen on this trip. We climbed the rocky terrain for about ten minutes.

When we reached the summit of Sounion, the Temple of Poseidon towered over us with the roaring force of something to be reckoned with. If you are familiar with The Odyssey, this is where King Menelaus stops on his way back from Troy to bury one of his helmsman. My notion of this site being trivial in the epic was turned on its head. Tremendous Doric columns, some much smaller than others, bear the marks of a battering natural history as they loom above us, almost menacingly. I wish I could describe the architectural design of the temple in more detail. But that was about as much as I saw in depth, because before I knew it, the sun had touched the horizon.

And when that happened, cliche acknowledged, my life was changed.

It was as if someone had applied an extreme contrast filter to the entire world. Everything around me had metamorphosed into dark blues, dark reds, dark yellows, dark oranges. In the distance, somewhere far, far away in the Aegean Sea, I could see the single beacon of light: the glowing rays of a sinking sun. The Temple soared above me and the waves bellowed below. My existence was meaningless here. How could I mean anything when this much energy whirl pooled around me? It was as if Poseidon truly dwelled here, because standing as an insignificant atom in this tremendous splendor, I felt something overtake me and everything that surrounded my body. Poseidon’s spirit? Ages and ages of history swirling in a continuum? Sheer, unparalleled power and beauty?

I don’t know how to describe that moment. But standing there at the summit of Sounion in the home of Poseidon, I felt, for one of the first times in my life, that the magic of stories could translate into the magic of reality. I rarely cry thinking of moments like this, but just remembering the profound impact this experience had on me brings tears to my eyes as I write. There is something sacred in this world that defeats and empowers us at the same time. Just like it does to the heroes of the mythology we read. And being at the Temple of Poseidon as the sun set gracefully into a sea of dark blue wonder made me feel like ““sometimes there’s so much beauty in the world I feel like I can’t take it, like my heart’s going to cave in…”

Getting there: You can take one of the many half day guided tours that leave for Mount Sounion each day from your hotel or Syntagma. Alternately, if you are more adventurous and want a more local experience, you can take a city bus from Syntagma.

5 thoughts on “Temple of Poseidon- A Realization of Magic, Defeat, and Empowerment”